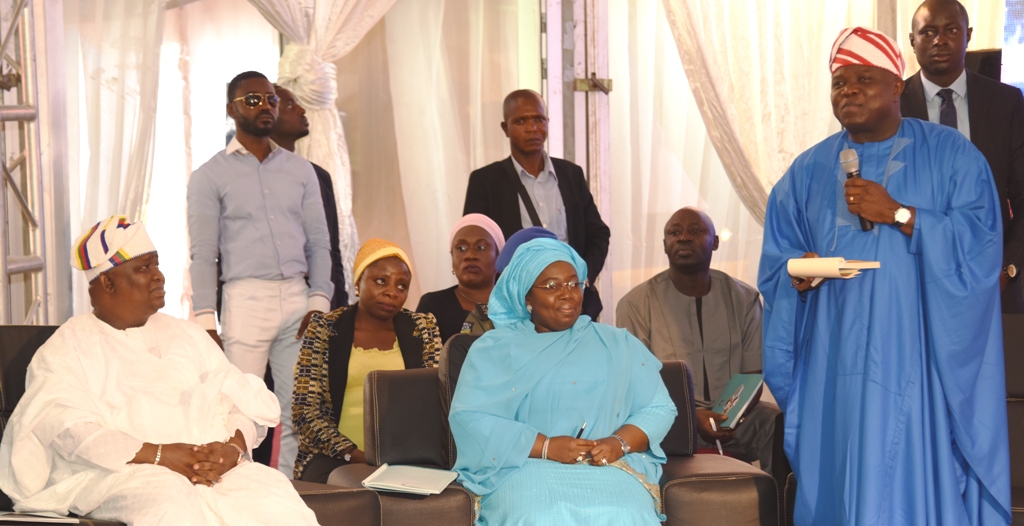 Lagos State Governor, Mr. Akinwunmi Ambode on Tuesday said his administration has concluded plans to massively revamp the health sector, just as he among other things, revealed that the sum of N10bn has been earmarked to upgrade the health facilities across the State.

Governor Ambode, who spoke at the 4th Quarterly Town Hall Meeting held at the Muslim Community Praying Ground in Badagry, said modern equipment would be procured to facilitate treatment, while government would also invest massively in capacity building of the medical staff, all in a bid to provide world class health care for the citizenry.

“We have commenced a comprehensive action to rehabilitate and upgrade the facilities in all our hospitals. Modern equipment will be procured to facilitate treatment and we will invest in capacity building of our medical staff. We intend to spend over N10bn on our hospitals across the State before December this year.
We will recruit and train medical professionals in areas of rare specialization and special needs,” Governor Ambode said.

Speaking on the half year 2016 budget, Governor Ambode said the overall performance of the budget stood at 70 percent, which according to him, was an improvement over the corresponding period in 2015 when the performance stood at 63 percent.

He said: “Revenue recorded 73% performance for the half year 2016 despite the challenging economic environment. Your Government spent a total of N115.624bn on Capital projects during the half year 2016 leading to the Capital/Recurrent ratio of 50:50 with the plan to improve this ratio to 58:42 provided for in 2016 Appropriation Law in the remaining half of the year.”

The Governor, who reeled out his achievements in the last quarter, said he has greater plans to make life more comfortable, simpler and safer for the people.

For instance, on education, the Governor said his administration would establish a Technical and Vocational School in Badagry before September 2016, while government would also embark on upgrade of the infrastructure in all public schools starting from July.

According to the Governor, “All our Primary and Secondary schools will be upgraded to create conducive learning environment for students and teachers. Another N10bn has been earmarked for this facelift of our Secondary and Primary schools across the State.”

The Governor, who recalled the recruitment of a total of 1,300 teachers for Primary Schools, said in the next two weeks, the State Government will start recruiting another 1,000 teachers for Secondary Schools across the State.

Speaking on his plans for Youth and Sports for the quarter, the Governor said government would embark on upgrade of sports facilities and would also support and promote age-grade competitions and sponsor outstanding athletes to national and international training and competitions.

Governor Ambode also disclosed that his administration would pay greater attention to the issues concerning the elderly especially by establishing three Elderly Care Centres across the State.

He said: “We will sponsor bills to the House of Assembly which will make specific provisions for the elderly in our society and create a framework for care for the aged. Our priority is to commence the provision of Three Elderly Care centres across the Three Senatorial Zones and further urge the private sector for support and collaboration thereafter.”

The Governor said as a follow up to the Lagos State Emergency Management Agency (LASEMA) Response Unit in Cappa, Oshodi, an outpost unit would be situated between Ojo and Badagry in this quarter with two other outposts in Fadeyi and Lekki.

Governor Ambode, who spent hours interacting with various groups such as Corporate organizations, religious leaders, youths/physically challenged, market men and women, Non-Governmental Organizations and the political leaders, disclosed his greater plans to revive the tourism potentials of Badagry, saying the long term plan includes the establishment of University of Hospitality.

He also seized the occasion to intimate on his future plans for the State, revealing that his administration was working round the clock to build the economy of the State beyond the dependence on oil, adding, “the future of Lagos is about tourism and services.”

Governor Ambode added that aside the N500million disability fund aimed at advancing the cause of persons living with disabilities, his administration would decentralize the Lagos State Office of Disability (LASODA) and absolve 200 physically challenged persons to manage their affairs in all the Local Government Areas and Local Council Development Areas (LCDA) in the State.

He also said the State Government would also perfect plans to bring about seamless waste collection in the State, and ensure clean environment.

“I implore you to take ownership of all government properties located in your area because they are our common wealth. Remember to pay your taxes as and when due in order to enjoy more dividends of democracy.

“On our part, we will continue to ensure judicious utilization of the resources of the state by executing projects that will outlive us and affirm our position as a Centre of Excellence,” Governor Ambode said.